Some observational notes on smartwatches 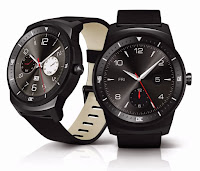 I spent two days last week back at Disney theme parks after taking a year off (Annual Passes FTW). Since theme parks tend to draw a very diverse crowd, they are a great place to go Phone Spotting (or watch spotting in this case). So I paid attention to what watches people were wearing, just because I'm curious. What I saw surprised me, and I have a few thoughts about it.

So many watches! For a product category that's supposed to be on the decline, there sure were a ton of them. Most of them were nice looking analog watches, but I saw a large number of chunky digital watches (G-Shock, and similar), and many sportier looking watches. Seriously, they were everywhere. The overwhelming majority of people were wearing a watch of some kind.

And it spanned age ranges, too. I saw teenagers, elderly folks, and everyone in between wearing a watch on their wrist. Maybe people's behavior is different when they're on vacation and all of these people will take their watches off once they get back home, that's possible. But even so, I was surprised at how many watches I saw at all, smart or not.

So few smartwatches! What didn't surprise me was how few smartwatches I saw. Seriously, I think maybe five total over the course of two days. Of those five, four were Apple Watches and one was an original Pebble. I saw exactly zero Android Wear watches. Just from an observational standpoint, these smartwatches definitely aren't as popular as the big tech companies like to pretend they are.

No reaction to my watch. All that being said, I think the general public must at least be very aware of smartwatches at this point. Nobody seemed surprised when mine lit up, or really even noticed it at all. There were a few times where I was in a darker environment and the watch would light up brightly. Some people around me would glance at it, but nobody seemed surprised, interested, or even phased at all that it was there. We probably have the Apple marketing machine to thank for that, but it was interesting.

Conclusion. I realize that all of this is purely observational evidence and doesn't really mean anything. But when visiting a theme park, you do encounter an extremely large number of people who span demographics, countries, ages, etc., which makes it one of the best places to people watch....or watch watch.
By: Ryan
Email ThisBlogThis!Share to TwitterShare to FacebookShare to Pinterest