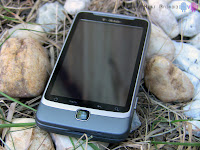 September 2013 Update: updated to include Galaxy S4 pricing instead of S3, and to include rate plans from Aio.

Attention people of America: it's seriously time to wake up.

The way the wireless industry has traditionally worked is not only anti-consumer and backwards, but it is costing you money. You must forget everything you know about taking phones free on contract, or $99 on contract. You must stop believing that any phone over $199 is expensive. And you must stop signing 2 year contracts.

I've written about this before, and anyone who knows me knows how anti-contract I am. But it is important enough to revisit, especially with the new plan now being offered at Walmart. This post is long, but you won't regret reading it. Let me explain...

Traditionally, the way Americans sign up for mobile phone service is to sign a contract, agreeing to stay with the company for two years. In exchange, we get super cheap or free phones. The promise is that you're agreeing to the contract so the company can make up the cost they're taking by giving you a cheap phone. So then does your bill go down after the contract is up? Of course it doesn't. The scheme just doesn't make sense.

Our phones are now often more powerful than our home computers, and they are priced like computers, too, often coming in at over $600. But Americans have been so painstakingly conditioned to believe that phones should cost $99 or $199 that simply seeing a $600 pricetag makes people instantly balk and want nothing to do with it. But if they would just stop to pay attention, they'd see that the cheap option ends up costing potentially thousands more.

Here are some numbers: With the big 4 wireless carriers, the prices of an individual plan are:

Now let's consider buying the phone without a contract. This option requires paying full price for a new phone, which is usually about $400-$600. For argument's sake, we'll say $500 even. Here are some of the most popular contract-free plans:

Now let's consider the new plan from Walmart. This plan will give you the iPhone 5, unlocked with no contract. The plan is $45 for unlimited everything. The 8gb iPhone costs $450 unlocked, and instead of paying all of that up front, Walmart will let you pay $25 a month until the phone is paid off. So you're paying $45 for the plan + $25 for the phone = $70 a month. Your phone will be paid off after 18 months, and the extra $25 payments stop. So with this option, after 2 full years, you'd end up paying $1530 plus tax.

Are you starting to pay attention yet?

Even if you must have LTE data speeds, MetroPCS will sell you the Galaxy S4 for $549 and Aio will sell you one for $579. If don't do much talking, T-Mobile's $30 plan could save you thousands.

I very honestly cannot think of a good reason to stay with AT&T or Verizon, and it blows my mind that they continue to add subscribers every quarter. Even for someone who gets a company discount with a particular carrier, these contract free plans will likely STILL save money.

Seriously, folks. Why are you still signing new phone contracts? Please, explain. And if you don't have a reason, then please, consider the contract-free option that will save you seerious cash.
By: Ryan
Email ThisBlogThis!Share to TwitterShare to FacebookShare to Pinterest