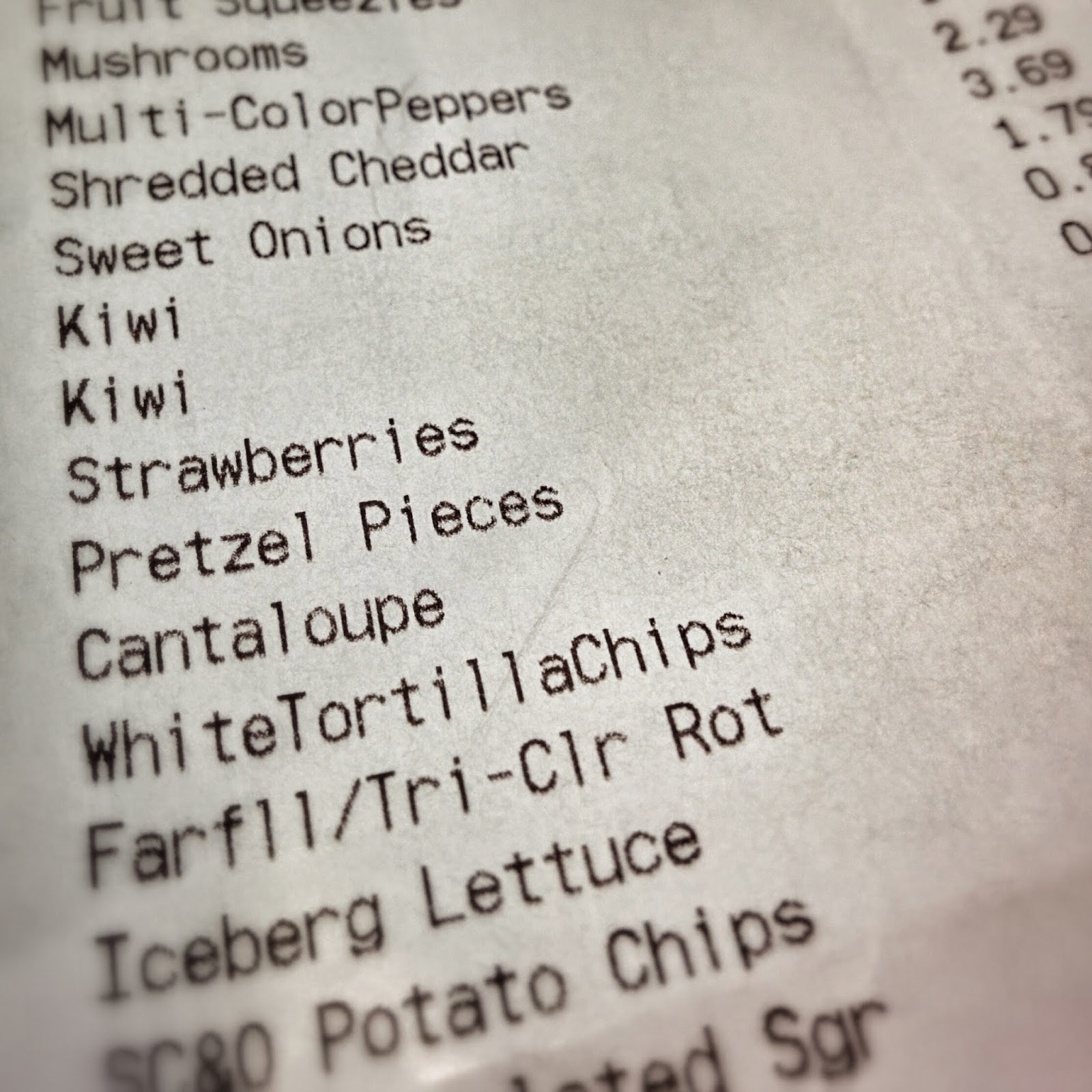 I'm pretty fortunate in that I was taught how to shop for groceries at an early age. The importance of comparing unit prices instead of package pricing is something I've always known and it's helped me comparison shop for the best prices while staring at a shelf of a hundred different size containers of the same product.

The unit price comparison goes out the window, though, when comparing items between stores. It's all too easy to say, "I think the other store had this cheaper," or "This looks like a larger package than we usually buy, so that's probably why it's more expensive," or "I know we usually pay $10 for this product, but how much do we usually spend per ounce?"

At a suggestion from Lifehacker, I decided to try making a grocery price book. The Android app Lifehacker recommended was pretty terrible, and I couldn't find any other apps to do the job, so I made myself a spreadsheet in Google Drive.

It took some time and effort to get all of the various unit prices written down (lots of wandering around the store staring at shelf labels), but I finally got it done...and the results were surprising.

Method: For my spreadsheet, I wrote down the item name, unit of measurement, and price per unit for all of the places I shop: Aldi, Amazon, Costco, and Walmart. For any Florida natives, I left out Publix because they are far more expensive than any other store. Aside from their weekly buy-one-get-one specials, Publix is not on my list since their everyday prices are too expensive. Similarly, I only included a few products from Amazon, because for the most part, their prices are considerably more expensive than other stores.

So, for example, my spreadsheet includes eggs, measured per dozen. Walmart and Costco both sell cases of eggs larger than a dozen, so this is the price per dozen, even when buying larger packs: $1.99 at Costco, $1.71 at Walmart, $1.69 at Aldi.

Results:
Suffice it to say that I won't be renewing my Costco membership. Costco definitely has high quality products, but for a store that is widely assumed to be cheaper (by selling in bulk), precious few items were actually cheaper there, and the ones that were cheaper, were only cheaper by a a cent or two per ounce, hardly enough to warrant a yearly membership.

I was also struck by how much cheaper Aldi is, even than Walmart. If you have an Aldi close enough to where you live, and are trying to save money on grocery shopping, you owe it to yourself to check it out. They don't offer the full selection of a Walmart or Costco, but for the items they do carry, they're almost universally cheaper.

Finally, making the pricebook confirmed what I had already suspected: Amazon is expensive for groceries. Obviously the fresh stuff like eggs, milk, fruit, etc. isn't available from Amazon (unless you live in certain cities). The dry goods, though, like cereal, crackers, paper towels, etc. are all available on Amazon, and are almost universally more expensive. There was one notable standout: kitchen trash bags:

So, for anyone curious, Costco is only cheaper for a few products that we shop for:


But there are also some surprising things where Costco is considerably more expensive:


What this proves to me is that the Costco membership isn't necessarily worth it unless you buy a lot of one particular product. Butter is the big stand out at 40 cents cheaper, but chicken and ground beef are enough cheaper at Aldi to offset the slightly higher price of butter. So for our family, a Costco membership doesn't make sense from a financial standpoint. This will obviously differ from family to family depending on what you buy. Which is why...

Conclusion:
You should make a pricebook. Check out Lifehacker's article for some advice and app suggestions for Android and iOS. They also note that you can do it on paper using a Moleskine or other journal that you carry with you to various stores. It definitely takes some effort to get prices for all the stuff you shop for from 3 or 4 different places, but the result is worth it. You'll know definitively what is cheaper at which stores and won't have to rely on that vague notion of "Oh I think eggs are cheaper here," or "Wow, that seems like a good price for chocolate chips."

Having it written down in one place makes so much sense and it's a resource you can always reference when deciding where to shop. If you make a spreadsheet in Google Drive, you can even share it with your spouse, roommates, parents, whoever so that everyone has access to the price book.

It's a great resource and totally worth doing. Go forth, and write down all the prices!
By: Ryan
Email ThisBlogThis!Share to TwitterShare to FacebookShare to Pinterest