A new look, and looking back 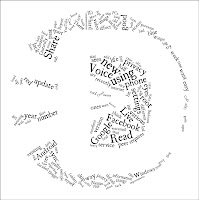 I gave this site a fresh visual update today. Nothing drastic, but I think it looks much smoother and cleaner now. I still have to fix a few things, but it's definitely better than it was. Way less cluttered.

It also occurred to me that I've now been posting to this same blog since early 2006...and posting fairly regularly, too. There have been some gaps (like last year...just one post in 2012), but this makes official post number 404, which doesn't count the ones I've since deleted for one reason or another. I've written about a huge range of topics, from my Truth About Milk series, to the one that still has incoming search engine traffic, Alternatives to Evite.

In honor of my 7th year as a blogger, let's look back at some of the earliest things I've written about. I think I'll do this several times this year, to see how topics have changed from when I first wrote about them.

My first tech news post was about Google Pages, a fancy new service from Google for creating websites. Each account got 100MB of raw file storage with hot-linking (which was amazing). I personally used Pages mostly for file hosting, but also for making a few pages specific to certain work events, etc. Sadly, Pages was discontinued in 2009 and all users moved over to the new service, Google Sites. Sites still exists today, but doesn't offer quite the freedom that Pages did.

My second news story post was about Ask.com officially retiring the Jeeves brand...remember that? It seems strange to be writing about search engines other than Google or Bing, doesn't it? Well, 7 years later, Ask.com is actually still around, and have re-branded themselves as an answer finding service. And you can add a theme to the homepage which...brings back Jeeves.