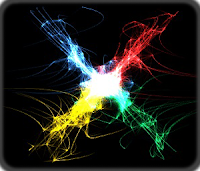 I've had my G1 for a year and a half now and have been using it the way it originally shipped since then. I've patiently waited for and used the updates I've gotten, and nothing more. I've long known that there were other options available to those who wanted to do a little hacking, but I was apprehensive to try it due to the risk of bricking the phone.

But due to the the lack of updates, and lack of any communication regarding future G1 updates, I decided to finally take the plunge and root my phone. Rooting means wiping the whole phone blank and reinstalling a custom version of the operating system. There's nothing underhanded or illegal about this, it just requires some patience, technical ability, and a good set of instructions.


Over the weekend, I had a chance to finally give it a try. There are dozens of benefits to rooting, but also a few downsides. The biggest downside is that once you root, you won't receive any future official updates. So, if an official 2.1 update ever arrives for the G1, I won't get it. But I'm already running 2.1, so that's not too much of a concern. The other downside is that sometimes the custom OS versions can be unstable, so some research is needed before choosing one.

So, after backing up all my info, I set to work. After a few hours work, and a couple of minor setbacks, it was finished. My "old" G1 is now running the latest 2.1 version of Android, complete with the Nexus One launcher, live wallpapers, the updated Gmail and Facebook apps, etc. And I am loving it! I also have it hacked to install apps on the SD card, meaning the phone runs much faster and I can install all the apps I want.

In addition, having root access and superuser permissions allows the phone to run apps and services that weren't possible before. Things like overclocking apps, screenshot apps, even wireless tethering are all possible now.

Over the next few days, look for a few more posts about this, including a review of Android 2.1, and a how-to post for other G1 owners looking to experience 2.1 themselves.

It was a bit of work, but I'm definitely enjoying it. Honestly, I'm wondering why I didn't root sooner. :-)
By: Ryan
Email ThisBlogThis!Share to TwitterShare to FacebookShare to Pinterest
Newer Post Older Post Home