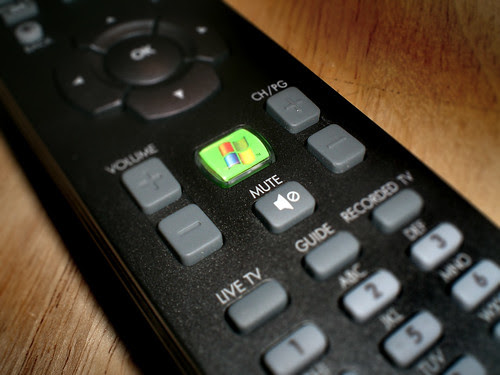 It's no secret that quite a few folks are trying to spend less nowadays. Shelsy and I are no exception, especially being unemployed and trying to make every dollar stretch a bit more. As such, I began looking at the budget to see what could be cut. There were some obvious standouts in the entertainment category. I wanted to drop these monthly expenses, but I didn't want to lose the service and quality of entertainment we were used to.

So I began researching alternatives. What I discovered is that we were able to cut a number of things from the budget and go with free alternatives. The result is that we are actually enjoying better entertainment than before and saving a buttload of money at the same time. Here's how we did it.

XM Radio:
Shelsy and I are both music fans and XM's service is (or used to be) pretty awesome. But it's expensive. Our monthly bill was $21 and, had we not canceled, it would have risen to $26 per month.

Alternative? Slacker. As I said in my blog post about Slacker, the service is very similar to XM's and yet has a monthly fee of zero. I personally think Slacker's selection and quality of music is far superior to XM, which means that we're saving money and enjoying better music. Saving: $21.00 per month.

Cable TV:
Before we moved, we were paying $14 monthly for basic cable. Most cable subscriptions, though, are closer to $50 monthly...and that doesn't include optional HD or the DVR box rental, etc.

I know a lot of people that claim they could never go without cable TV. But the reality is that an incredible number cable-only of shows are streamed online. From Discovery and History to Comedy Central and USA, most cable-only channels stream at least some of their shows online. And the network channels can be received with an antenna.

I bit the bullet and purchased a somewhat expensive HD over-the-air antenna for about $50. It picks up all the networks (NBC, ABC, CBS, Fox, etc.) with perfect clarity. So at 14 bucks a month, I would have paid for the antenna in less than 4 months of cable payments. Saving: $14.00 per month.

Tivo:
This can't really be counted as "savings" because we never had Tivo. But we were literally this close to getting one so that we could record TV shows. So I'll go over it anyway. Tivo boxes are expensive and require a monthly service fee of about $12. Our local cable company charges $10 monthly to add a DVR box to an existing cable service (which start at $50 montly).

There are obviously other options, such as DVD recorders, but these don't record in HD and don't have a slick guide for scheduling recordings, etc.

The answer is Windows Media Center. I encourage you to read my post about Media Center, but suffice it to say that it provides a superior level of service than most other DVRs and costs exactly zero per month. Obviously, you need a computer near your TV for this to work. I built a system from parts that all said and done will end up costing me between $250 and $300. That's about how much a Tivo costs outright. And if I were paying $60 monthly for cable, I would hit the $300 mark in only 6 months.

Again, since we were never paying for a Tivo/DVR box, I can't call this saved money. But it certainly bears discussion. Money not spent: between $12 and $60 monthly.

Conclusion:
We really are enjoying a higher quality of music and TV entertainment than before. We were able to cut $35 per month ($420 per year!) out of the budget and avoid spending a considerable amount more.

We're not the only ones doing this, either. Check out this video from Good Morning America about a couple that did almost the same thing. There really are free options for these things.

If any of you among my throng of readers have any questions about this stuff, leave a comment. I'd be more than willing to help anyone who wants to set up Media Center or cut their entertainment budget. :-)